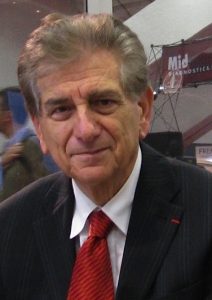 Dr. Gomel holds the rank of Professor Emeritus in the Department of Obstetrics and Gynecology, Faculty of Medicine of the University of British Columbia. He served as Chairperson of his Department for fifteen years, during which the Department was greatly expanded and attained international recognition.

For nearly four decades, he has been involved in work to better understand the tubal and peritoneal factors that cause infertility, and to improve the surgical techniques to correct them. His experimental work was designed to elucidate the function of the fallopian tube. Microsurgical techniques were employed to alter the structure of the fallopian tube and thus gain understanding of the function of its various parts. Another aspect of his animal work was designed to better understand the formation of peritoneal adhesions. Various techniques and numerous substances were used in the attempt to diminish or prevent the formation of peritoneal adhesions. This work was carried out with the collaboration of members and various trainees (fellows) in his Department.  These efforts led to the development and introduction of microsurgical techniques in gynecology, which produce significantly better results. These techniques have gained international acceptance and recognition.

He established an in vitro fertilization (IVF) program in Vancouver in 1981. Under his leadership this program was the first to achieve success, resulting in the birth (on December 25, 1983) of the first IVF baby in Canada.

He was responsible for the establishment of a masters and PhD. Program “Reproductive and Developmental Sciences”, within his Department, which has been operative since 1984; at present this program has more than 40 graduate students. He actively participated in the planning of the facilities of the BC Women’s Hospital (prior Grace Hospital), which opened in 1982. He was also instrumental in the creation of the “Women’s Health Centre,” in the same institution, which was the first such tertiary facility in Canada, and has been operational since early 1992.

In addition to medical students and residents he has trained, in Vancouver, postdoctoral fellows from all over the World, many of whom currently hold important positions, in Canada and in their own countries.

Dr. Gomel authored a long list of scientific articles published in prestigious international journals. He wrote numerous book chapters, and authored and edited several books. His authored books, among others, include “Gynecology: A Practical Approach”, co-authored with Malcolm Munro and Timothy Rowe (Williams and Wilkins 1990), a problem oriented text designed for medical students, interns, junior residents and general practitioners. Published in 1983 (Little Brown & Co.), his book “Microsurgery in Female Infertility” is considered a classic. His book “Diagnostic and Operative Gynecologic Laparoscopy” (Mosby 1995) was highly acclaimed. In addition he has been the editor or co-editor of several other books including “Female Genital Prolapse and Urinary Incontinence”(Informa 2008). His most recent book is “Reconstructive and Reproductive Surgery in Gynecology” (Informa 2010); a second edition in collaboration with Malcolm Munro has been completed and is in print.

He is on the editorial boards of numerous important international scientific journals. He has been on the Board of Trustees and Executive Boards of many national and international scientific societies, including among others, the American Society of Reproductive Medicine (previously AFS), the American Association of Gynecologic Endoscopists (AAGL) and the International Society of Gynecologic Endoscopy. He served as president several societies, including the Society of Reproductive Surgeons, theAAGL, the Canadian Fertility and Andrology Society and the International Society of In Vitro Fertilization (ISIVF). Currently he serves as the Executive director of ISIVF.

He has received honorary memberships and awards of excellence from numerous international scientific societies and universities, including his own Faculty of Medicine, in recognition of his pioneering work in reproductive medicine and gynecologic surgery. Professor Gomel was also the recipient, of the prestigious distinction of Chevalier of the order of Légion d’Honneur, awarded byJacques Chirac, President of France in 2003. In 2008, he was elected “Fellow” to the World Academy of Art and Science,and in 2009 he received the degree of Doctor of Science, Honoris causa, from the Simon Fraser University. He has been awarded “Honorary Membership” by the European Society of Human Reproduction & Embryology (ESHRE) in 2012 and in AAGL in 2015. In 2013 He received the major prize in reproduction “Jacques Salat-Baroux prize” from the “National Academy of Medicine of France” and subsequently was elected “foreign member” of the same Academy. 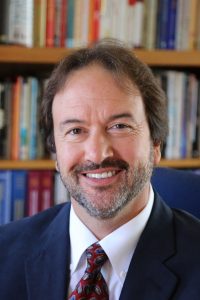 In 1988 he became a Fellow of Cellular and Molecular Physiology at Harvard Medical School with Professor John Biggers, after which he moved to the Centre for Early Human Development, Monash Medical Centre in 1989 to work with Professors Carl Wood and Alan Trounson. At Monash he worked on methods for the successful culture and diagnosis of human embryos conceived through IVF.

In 1997 he moved back to the USA to become the Scientific Director of the Colorado Centre for Reproductive Medicine in Denver, which became America’s #1 IVF unit; his work on human embryo culture conditions in Colorado revolutionised how human IVF is performed today and has resulted in a doubling of success rates worldwide. His research on human embryo development also paved the way for the generation of the world’s first human embryonic stem cells.

In 2007 he returned to Australia to take up the position of Chair of Zoology at the University of Melbourne, and in 2008 became Head of the Department of Zoology until the end of 2014. In 2015 he took a position as a Research Professor in the newly formed School of BioSciences, and in Dec 2016 took on the position as Scientific Director at Melbourne IVF.

Professor Gardner has trained dozens of graduate students and Research Fellows, and has published over 265 scientific papers and chapters. He has published 15 books on Embryology and Human IVF, and his Textbook on Assisted Human Conception, now in its 5th edition, has become the definitive text in the field of human IVF. He is one of the most highly cited professionals in Reproductive Medicine / Biology, with over 20,000 citations and an H factor of 82.

In May of 2017 David was elected into the Australian Academy of Science in recognition of his lifetime’s contribution to Reproductive Biology, an in October he was the recipient of the Distinguished Researcher Award from the American Society of Reproductive Medicine.